It’s likely that anyone following us will have seen recent news articles about failings at a Nottingham NHS Trust that led to avoidable deaths in their maternity unit. We were alarmed to hear of a baby who died after his parents raised concerns about his poor feeding. 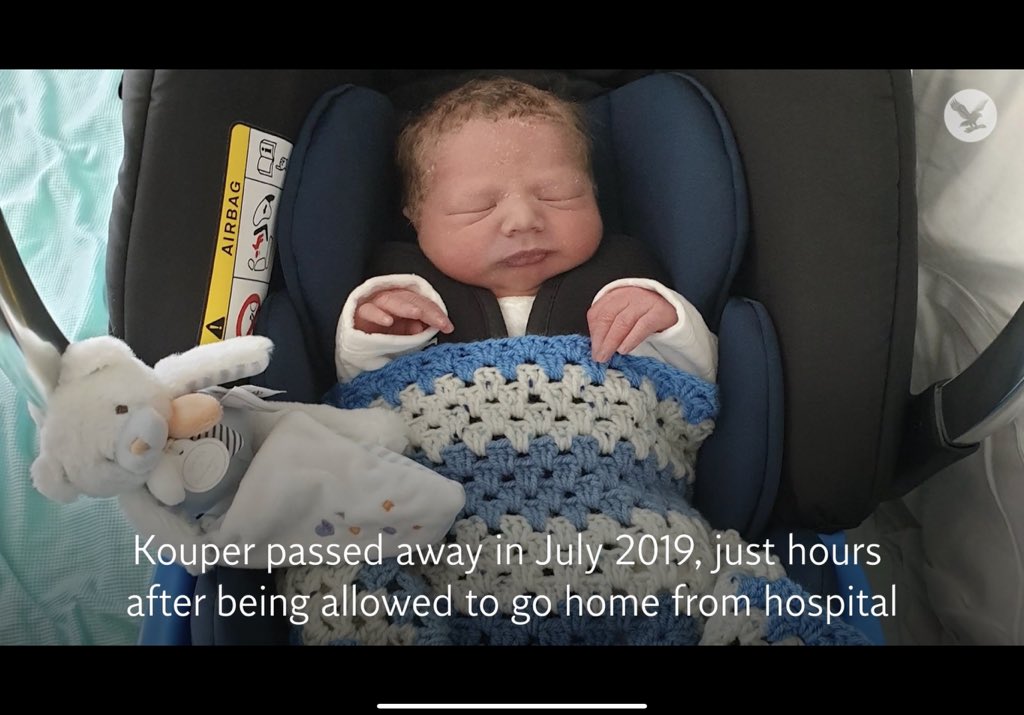 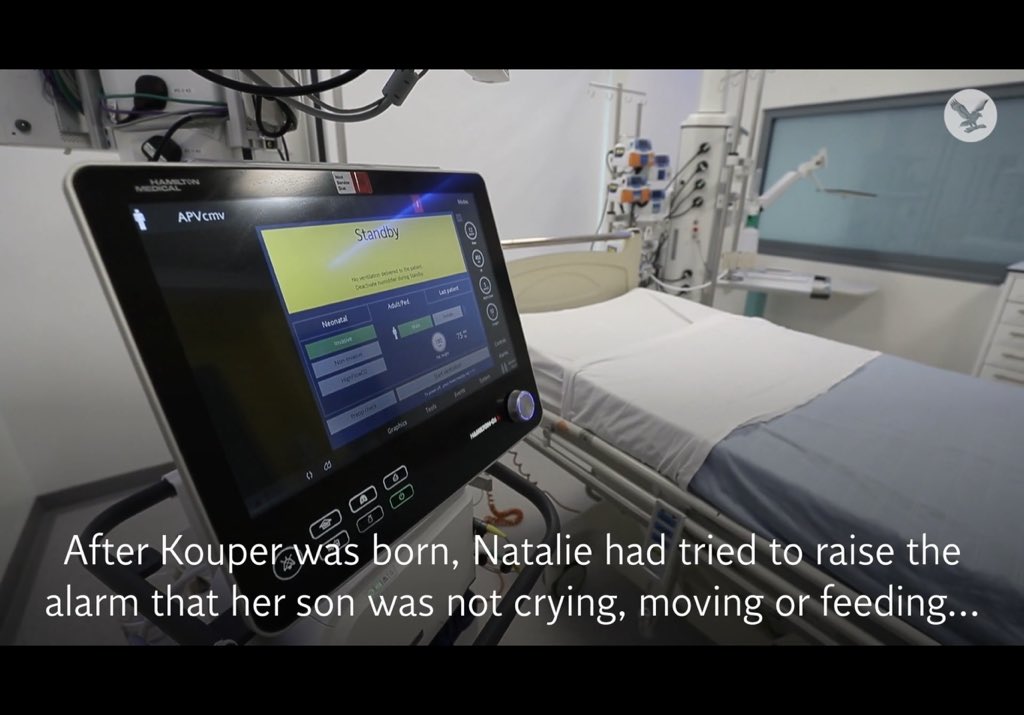 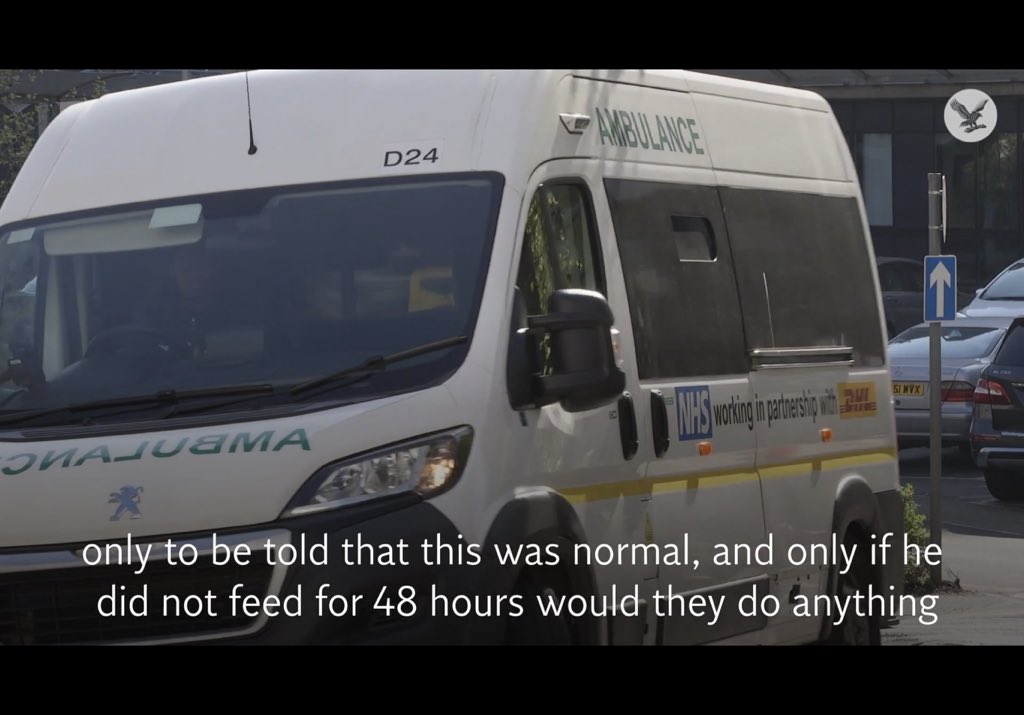 The hospital’s ‘reluctant feeder’ pathway was highlighted in a subsequent HSIB investigation, as healthcare providers had deemed it acceptable to leave a baby feeding poorly and likely not getting sufficient milk intake for 48 hours.

We couldn’t find Nottingham’s guidelines for ‘reluctant feeders’, but we have obtained guidelines for several other NHS Trusts. They are all similar and this is not to single out any particular Trust. However, let’s use the guideline from Lancashire and South Cumbria as an example.

The aim of the guideline is not to ensure adequate or optimal milk intake for newborns. Neither is it to ensure babies for whom poor feeding is an indication of a serious medical problem are identified and promptly given medical care. There is one aim: Prevent formula supplementation.

The guideline is rather contradictory to say the least. They acknowledge that poor feeding might be the only sign that a baby is unwell:

Yet they also say that there’s no evidence that long intervals between feeds in the first 24 hours are likely to have an adverse effect for healthy newborns.

Is there evidence that this is safe for healthy newborns?!

So if a baby is not feeding, what do they do? They monitor, they faff about with expressing, syringes and cups, they provide a lot of reassurance to the mother so she doesn’t lose confidence in breastfeeding… and then, finally, at some point in the second 24 hours, if a baby still isn’t eating, they refer. And they emphasise again that it is totally fine for a healthy newborn to go for long periods without milk in the first 24 hours. Is it? 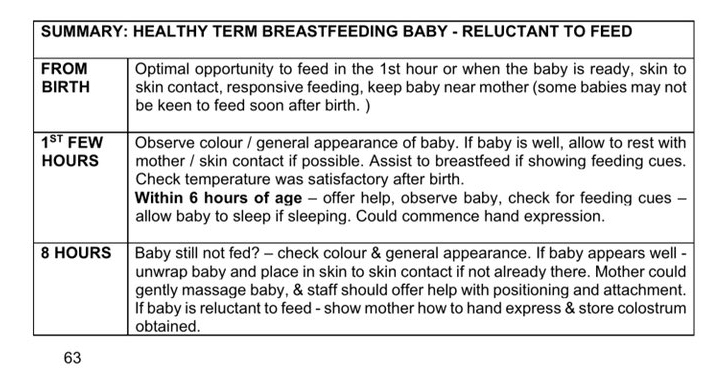 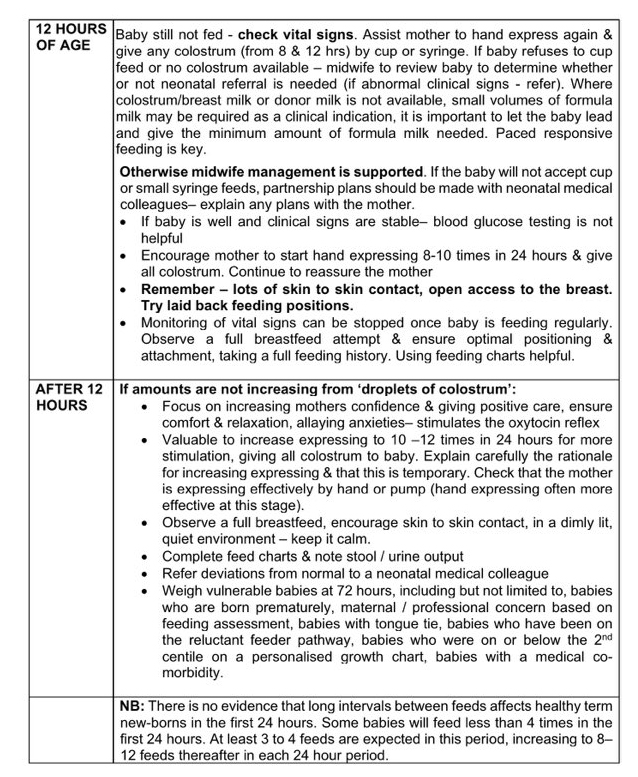 Let’s be serious about what’s happening here. They’re encouraging women to keep breastfeeding and to avoid supplementation, while monitoring a baby’s starvation. Would we think it acceptable for any other patient in hospital to go without food for 24 hours?

Finally, after 24 hours, a referral to neonatology will be made. Is this good enough to ensure all babies have adequate nutritional intake and that any opportunity to identify a seriously unwell baby and ensure they get medical care is not missed?

At other hospitals, babies might wait even longer. At Norwich and Norfolk, they might go a further 24 hours without adequate milk intake before a referral is made:

At Royal Cornwall, they might go yet another 24 hours (3 whole days) before a referral is made:

And Royal Cornwall are so determined to avoid supplementing breastfeeding with formula, if rates of supplementation increase beyond a mere 10%, the staff might get sent on further training:

1. Ensure that all babies have adequate nutritional intake

2. Ensure that babies where reluctance to feed is a sign of a medical problem are identified and given potentially life-saving medical care

We need a strong and robust emphasis on patient safety in infant feeding policies. There are far higher things at stake here than whether or not a baby is being breastfeed or supplemented with formula. Are infant feeding policies that seek to promote ‘normal’ feeding (i.e. breastfeeding) any better or safer than those promoting ‘normal birth’? As parents whose babies suffered avoidable readmissions for jaundice and dehydration, we don’t think so.

This blog was adapted from a thread on Twitter.